In order to ensure access to appropriate SRH services, the project, which was launched recently, sensitises rural women/girls on the incidence of unsafe abortion towards building a robust and inclusive response. 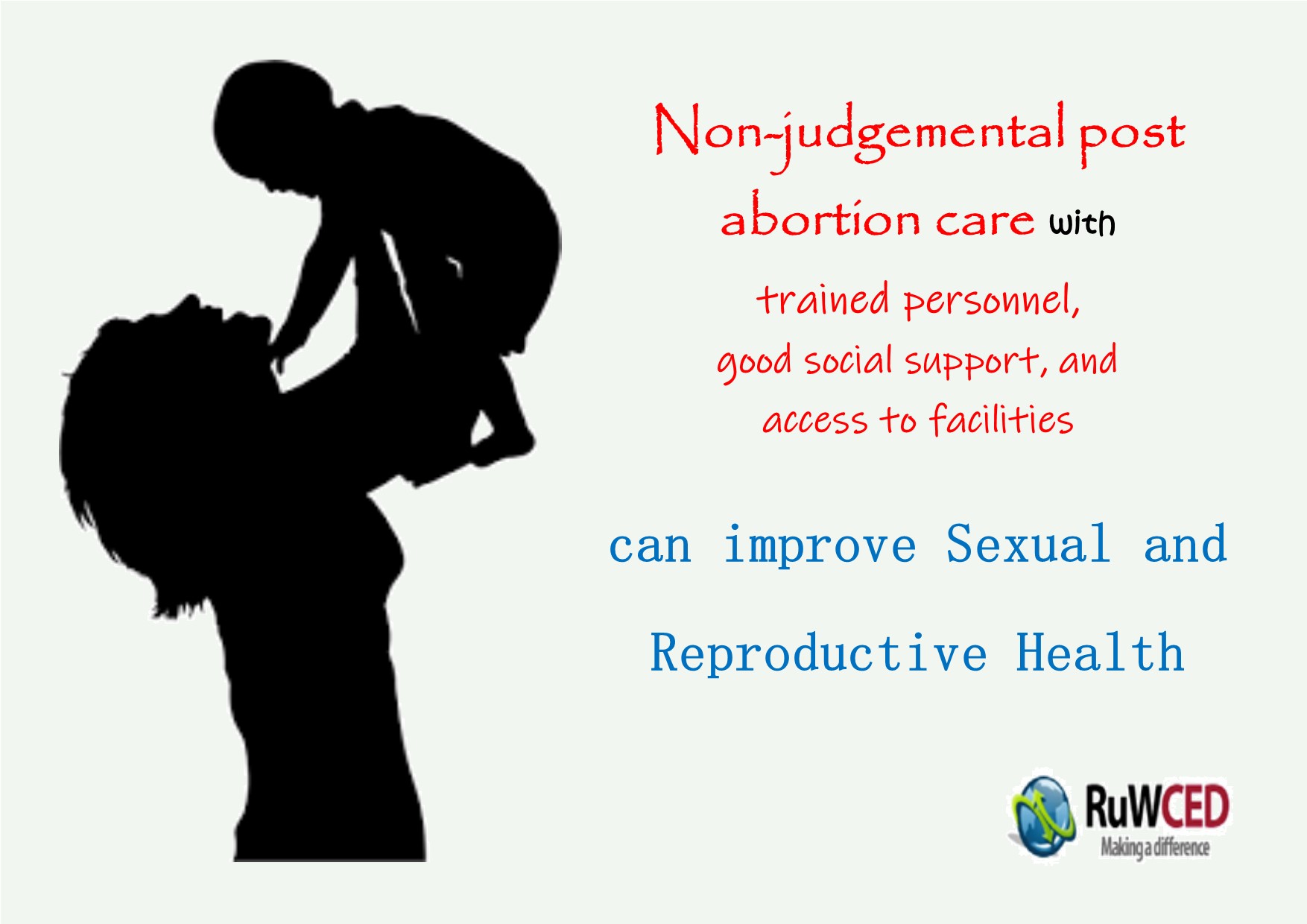 Due to the prevailing crisis, women/girls are suffering from rights violations such as rape, unsafe sex life, inaccessible or unprofessional SRH services, etc. Several rape cases, early pregnancies, and child marriages have been reported since 2016, when the crisis in the North West and South West Regions of Cameroon began.

With the support of partners, RuWCED’s project continues to increase rural women/girl’s knowledge about their Sexual Reproductive Health Rights (SRHR); including the range of authorised legal provisions for abortion, the available and authorised modern contraceptives, available post abortion care services; so that they are able to claim their rights and demand favourable policy/implementation.

People living with HIV and AIDS in a conflict-affected country face several challenges. They do not always have appropriate medical care.
Julia, one of them, left Bafut and settled with her mother in Mendakwe in the North West Region of Cameroon; due to frequent and bloody confrontations between security forces and separatist fighters. She lost her father and brother during the armed conflict.
RuWCED provides counselling, financial assistance, offers vocational training, forms support groups to sensitize and empower PLWHIV/AIDS in vulnerable communities.
The humanitarian situation of the affected population has fast deteriorated. According to reports produced by the UN Office for the Coordination of Humanitarian Affairs (OCHA) early this year, insecurity and violence have forced more than 400,000 people to flee their homes and continue to have serious consequences on livelihoods and living conditions. 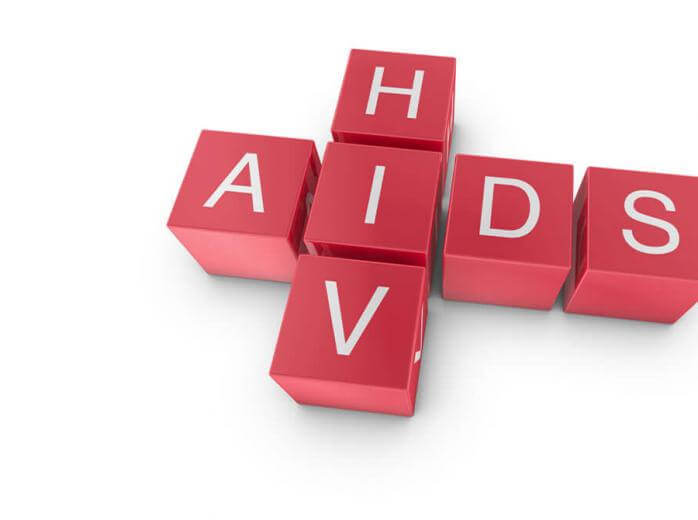 The Secretary General, North-West Governor’s Office, Lanyuy Harry Ngwanyi, presided over the career and employment fair which enabled RuWCED and other bodies with varied fields to showcase their finished products to the public in Bamenda, on April 15, 2019

Organised under the theme, “Diversifying and intensifying vocational training for professional integration”, this year’s career and employment fair was attended by youths, women, IDPs, civil society, amongst others.

The vocational training arm of RuWCED, the Rural Women Vocational Institute for Education and Development (RuWVIED) showcased products of different departments during the fair. They include; Agriculture (Agroecology/organic farming), Computer and Secretariat Duties, and Tailoring/Fashion Design.

RuWCED is known for promoting human rights, education and welfare of rural women and girls in the North West Region of Cameroon. Through different programmes, the NGO reaches to vulnerable rural women/girls. They are empowered, sensitized and trained; especially during the current armed conflict which affects most of them.

Upon delivery last April 2019 and awaiting placenta, it was discovered that Chenwe Lydienne had been pregnant with a set of twins and there was need for urgent medical intervention. RuWCED in collaboration with the Centre for Human Rights and Democracy in Africa (CHRDA), provided financial and material support during the medical intervention.

Chenwe Lydienne, and IDP from the South West Region, went through pregnancy period with no maternal nor medical health care, thereby endangering the health of her unborn baby and herself. She delivered twins amidst ceaseless gun shots and lack of transportation means, after being pregnant till full term in the bush without any prenatal follow-up. 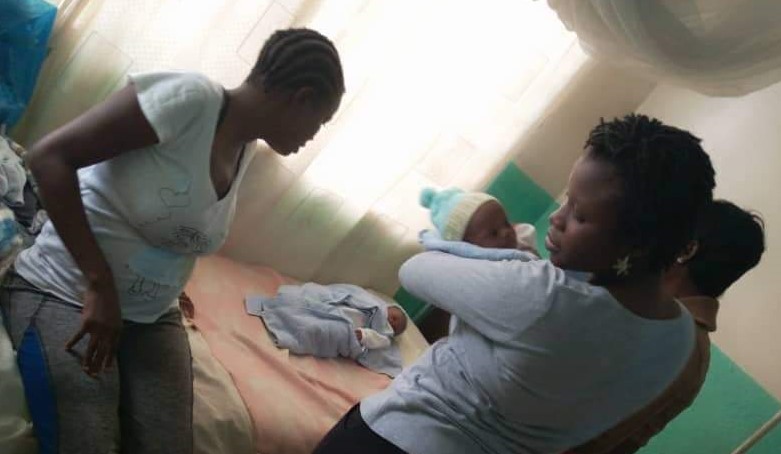 A day later, on the 18th of April 2019, she was finally transported to a hospital in the Buea municipality by a bike rider, medical experts successfully delivered the second baby, just in time to save her life and that of her unborn baby.

RuWCED and CHRDA immediately consolidated financial and material support, promoting the healthiness and welfare of both mother and children. Such cases proving lack of maternal and health care endangering the lives of women and girls have been prevalent from the surge of the Anglophone crisis in 2016. 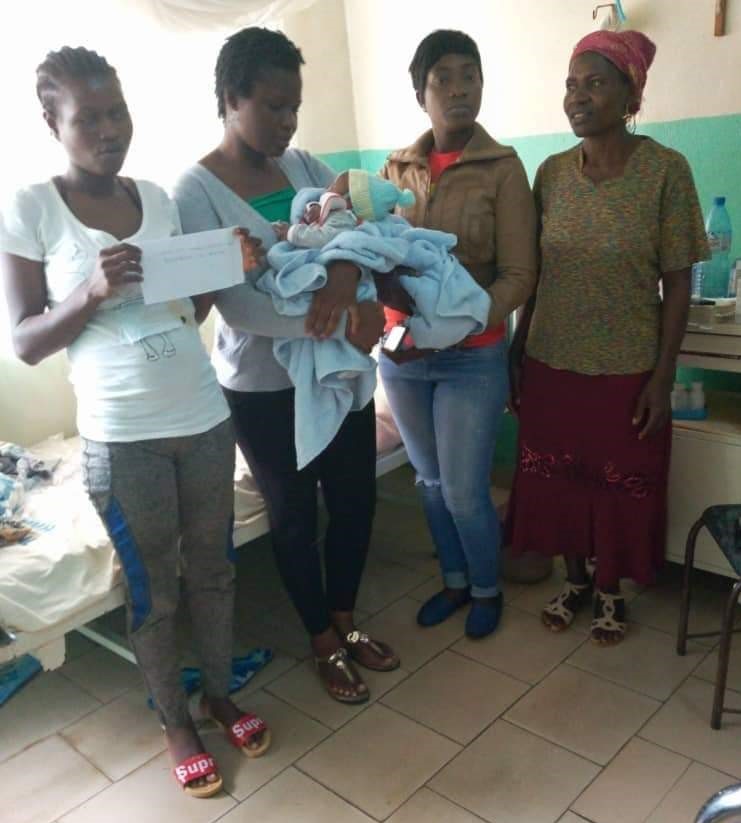 Many women/girls are pregnant in the bushes without having access to medical care and there are possibilities that many of such cases have remained untold.

Good healthcare for women/girls is of great importance if we, as a global village wish to achieve the sustainable development goals; universal health coverage remains of great significance. In order to create awareness on what women and girls are passing through when it comes to maternal health care, some organizations like Center for Health and Gender Equity with the multitude of other organizations started advocating in 2014 that the international community should recognized the 11th of April as the International Day for Maternal Health and Rights.

From feasibility studies, thousands of women and unborn/born children die yearly because of pregnancy complications especially in conflicts situation where there is no access to health care. We therefore call on the national and international stakeholders to intervene for the realization of quality maternal health for women and girls.

In partnership with the Center for Human Rights and Democracy in Africa (CHRDA), RuWCED organized a workshop under the theme “Enhancing Sexual and Reproductive Health Rights as well as Access to Services” for IDPs in the South West Region of Cameroon. 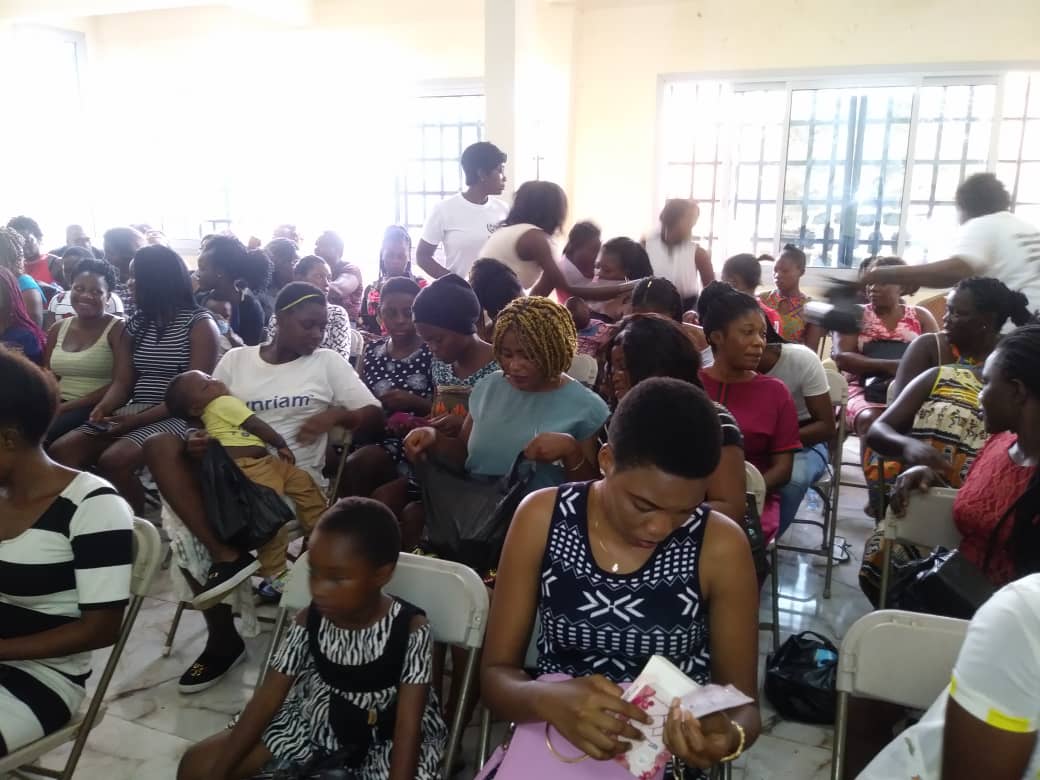 During the workshop, CHRDA staff donated some contraceptives and other necessities to the women and girls to empower them on the need to have safe sex and reproductive life. In addition, the CEO of CHRDA, Barrister Agbor Balla, also announced the creation of a Women Empowerment Centre.
Participants of the workshop admitted how resourceful the workshop was. They equally promised to ameliorate their sex and reproductive life, and spread the newly acquired knowledge to their fellow women. 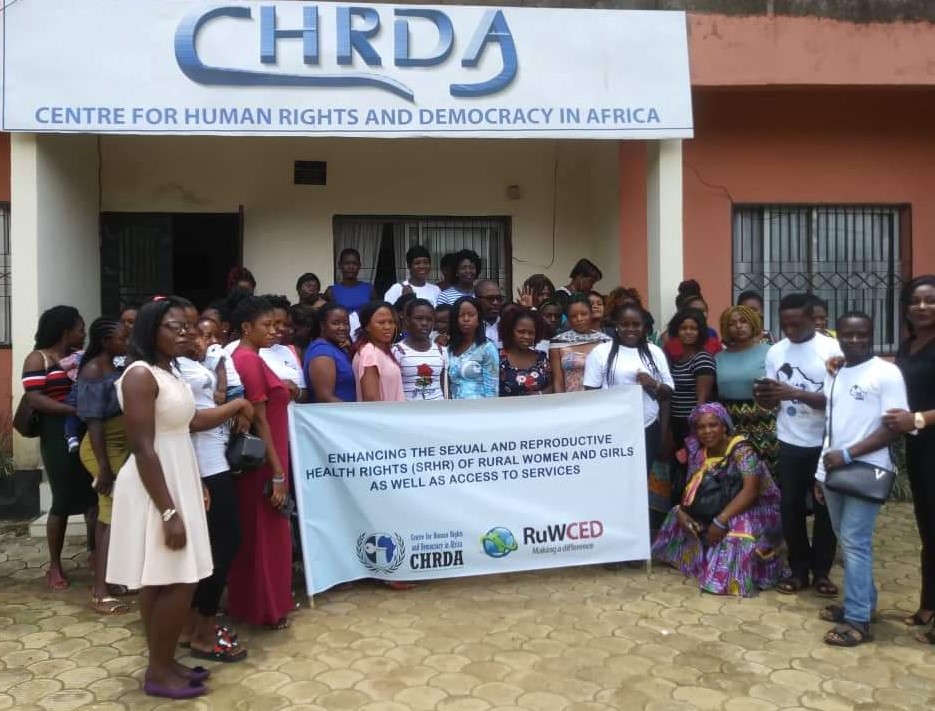