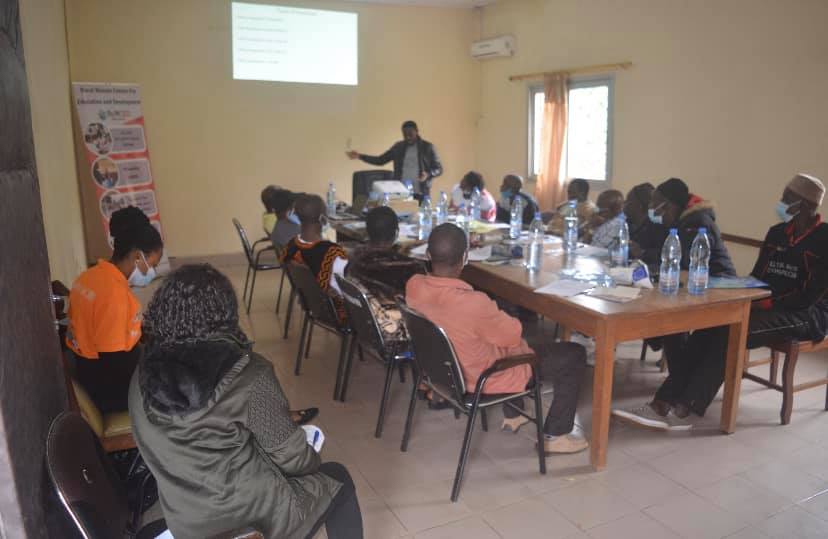 Few months after the training of IDP women groups on tree planting and climate change mitigation strategies in Bamenda, RuWCED has trained some local authorities made up of quarter heads, chairpersons of water committees, heads of farm groups etc. and distributed over 1000 nursed trees in July 2021, to help communities in agriculture industries and also clean water.

The program started with the Project Coordinator, Akuro Forsab who talked about the objectives of the session while welcoming the participants. Participants talked about the various water catchments they manage with some coming from Nibele, Bambui, Nkwen, Mbomassa vilages etc. They later enumerated challenges faced in their catchments, the needs of various catchments and expectations from RuWCED. Participants said their greatest problem was seasonal shortage of water and drying up of some catchments while their greatest need was trees to be planted to boost the water in the catchments. Other challenges mentioned included; Land crisis, pollution of water sources by the rain, insufficient finance to dig water catchments, effects of fertilizers and other artificial chemicals on the catchments, lack of finance to purchase batteries for solar panels, etc.

During the event, one of the facilitators, Mr. Ebai Maurice from the Ministry of Environment and Protection of Nature drilled participants on global and national policies governing water catchments. He defined watershed as an area that drains to a common outlet. Also, he said climate change directly affects watershed management reason why people face a lot of challenges in managing watersheds. He also mentioned that handling watershed well will help the community in agriculture industries and also clean water. “The target here is that by 2030, we should improve on water quality, reduce the number of people facing water scarcity; expand International Corporation, just to name a few.” He concluded by giving some of the good policies and legal framework for watershed management which allow people to use their local laws to solve water catchment. 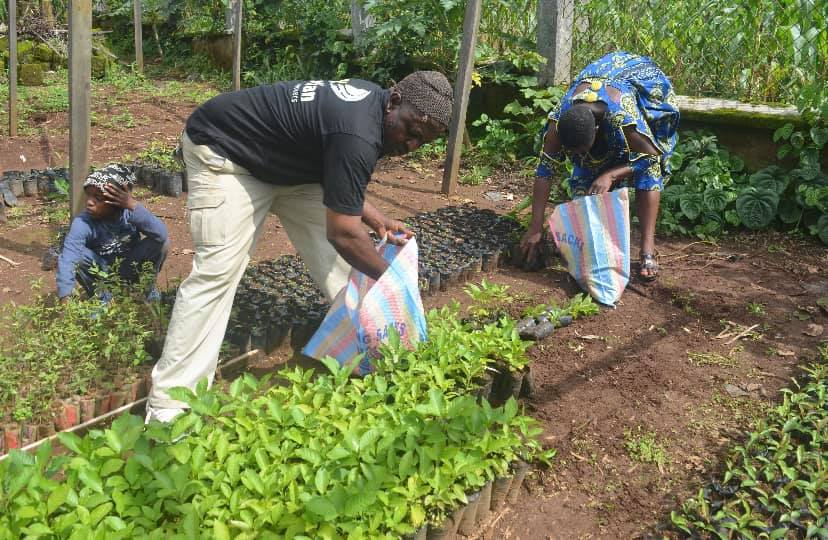 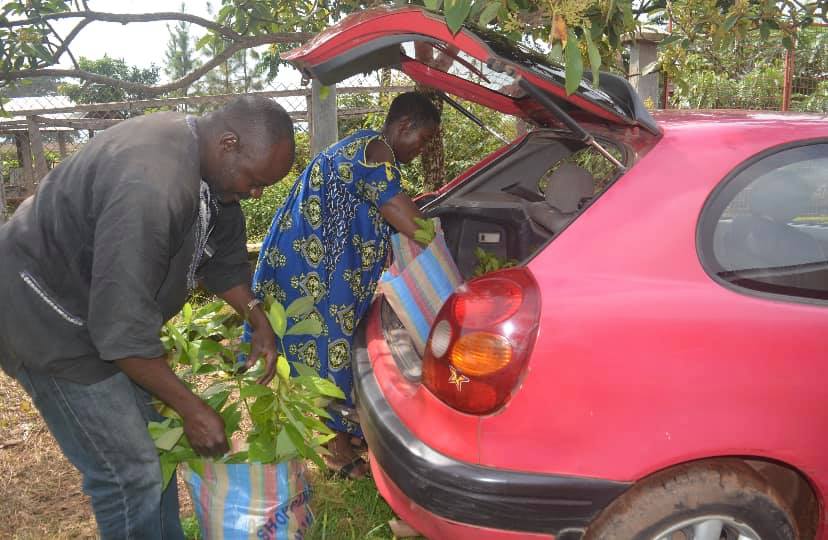 Another facilitator who doubles as Projects Coordinator for RuWCED, Lovees Afembombi spoke on sustainable water management. The participatory session made room for participants to express their practical experience. The facilitator talked about watershed degradation, identified some causes, solutions of watershed degradation and consequences. The causes identified included; deforestation and destruction of natural vegetation, over exploitation of finite resources, overgrazing, un-avoided irrigation techniques, encroachment into watershed areas socio economic and political causes for example wars and conflicts, gully erosion. While the consequences identified were, increase in global temperature, soil and water contamination, erosion and more. After a break, the facilitator dwelled on climate change adaptation strategies and he mentioned anticipatory adaptation, autonomous adaptation public adaptation and others. He insisted on the fact that if these strategies are implemented, climate change will be adjusted. He concluded by mentioning some opportunities to climate change adaptation such as agro forestry.

The facilitator, Ebai Maurice, rounded up the session with an outline of some catchment management practices such as prohibition of farmers around the catchments, prohibition of exploitation and implementation of local laws, tree planting, fencing and more. 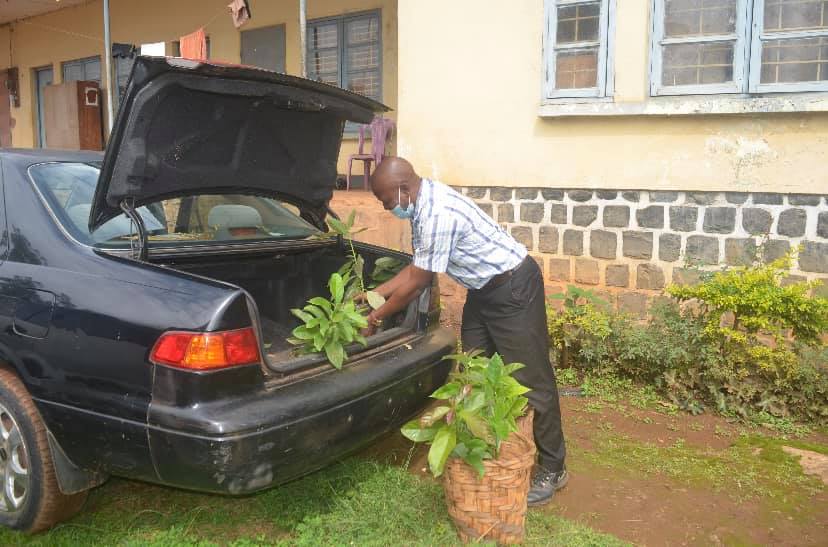 After the lessons, over 1000 trees were distributed to participants, for them to plant in their various water catchments. RuWCED promised to add more trees based on demonstrated management of what has been given. Participants left the venue happily while expecting to receive more trees soon.