Community Outreaches
After a community meeting about the services of RuWCED's counselling centers
Community learning and exchange
Community exchange and learning with women from indigenous communities
GBV during COVID-19
Reflecting on girls' right to education and their VAWG related challenges in times of COVID-19 and conflicts
Discussing girls' right to education
Community exchange on girls' right to education
We Are Making a Difference
RuWCED's youths during National Youth Day 2015
Reproductive Health Talk
Sensitizing secondary school students on HIV/AIDS
Trained peer educators ready for HIV/AIDS Sensitization and prevention
We are determined to make the zero new infection target a reality. If it happens, please know that being HIV+ is not a dead sentence. Call our help l...
Celebrating 2016 National youth day in Ndop-Cameroon
Youths are the strength of our rural communities. RuWCED's team made the difference
Sexual and Reproductive Health Education
Reaching out to secondary school students during an HIV/AID-sexual and reproductive health education outreach
Mama Rural
A task she carries, a responsibility she bears a wife to a husband, and a mother to children, the hidden treasure from despised eyes!
Getting the community involved
Community leaders, parents, teachers and primary school pupils during our Education talks campaign
Sport, a healthy lifestyle!
Doing sport helps our women stay in shape!
Girl Child Education
Presenting school materials to some of our rural girls
Engaging Communities
Connecting Youths
Women's Day 2015
Reaching Out to the Youths
RuWCED's Sport for Health Session
Staff and pupils exercising after health talks
RuWCED's 2014/2015 IT graduating students
We are happy to have young dynamic girls graduating with computer diplomas from our training center
Our Youths performing for the community
Craft-work, drama, singing , as well as dancing is part of our recreational activities
Serving our Communities through Creative Sewing
RuWCED's Community Computer Training Center
Encouraging girls to get involved in Information Tecnology
Adolescent SRH
Reaching out to young boys and girls in our community

Violence against Women and Girls 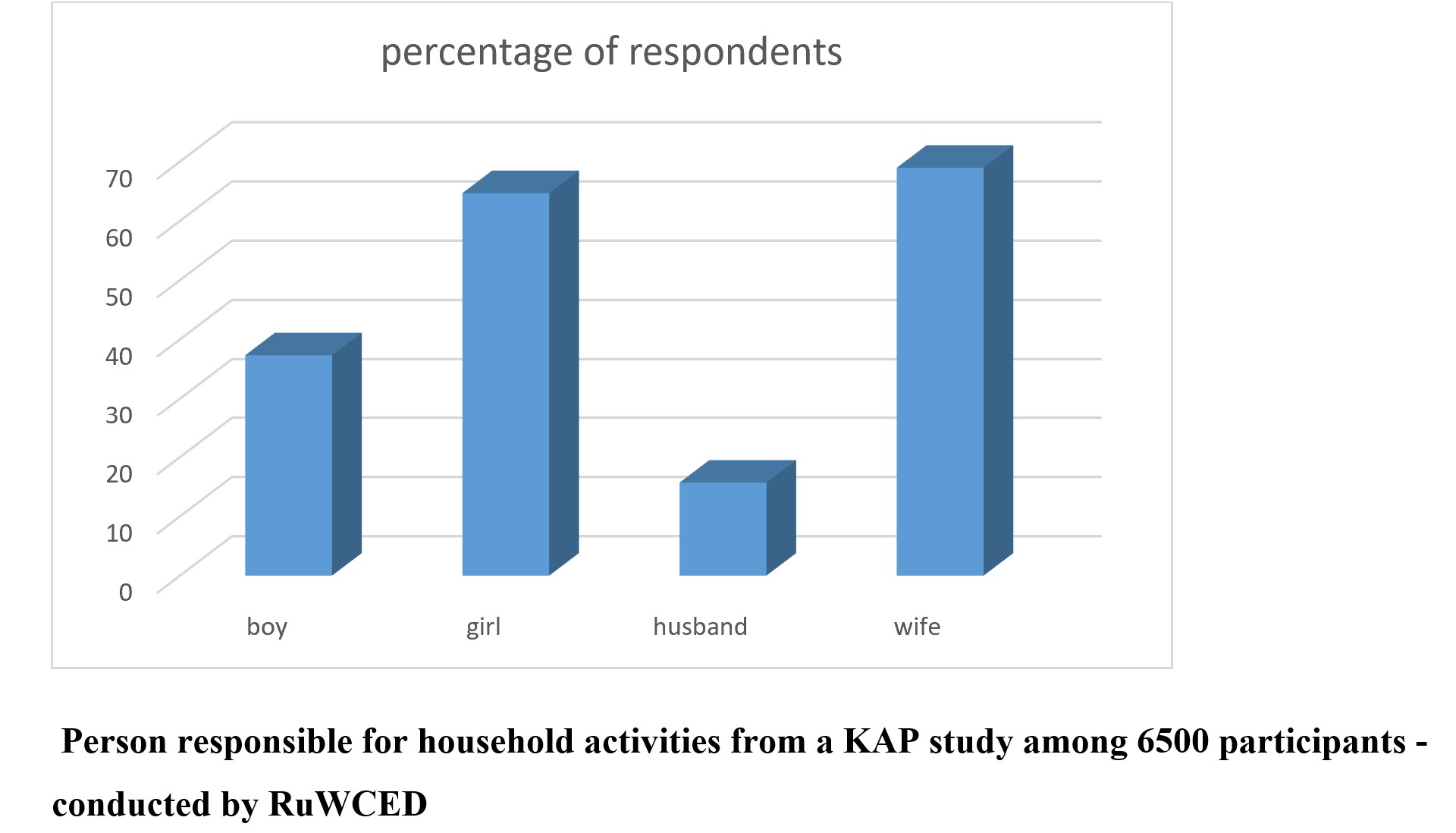 Did you know that, in some communities in Cameroon, as boys transition from boys to married men, their involvement in household chores drops sharply and in the context where we work in Cameroon, this could mean a drop from 32% to 11% meanwhile, when girls transition into married women their involvement in household chores sharply increases from 64 % to 67%? There is a debate we need to have about gender biases in reproductive and care work—especially because in rural communities, this is not counted as work and women are subject to economic violence because they do not “contribute financially”!!!

Now, lets have a close look at some of the most prevalent forms of violence experienced by women and girls based on a KAP study that we conducted with 6500 participants. 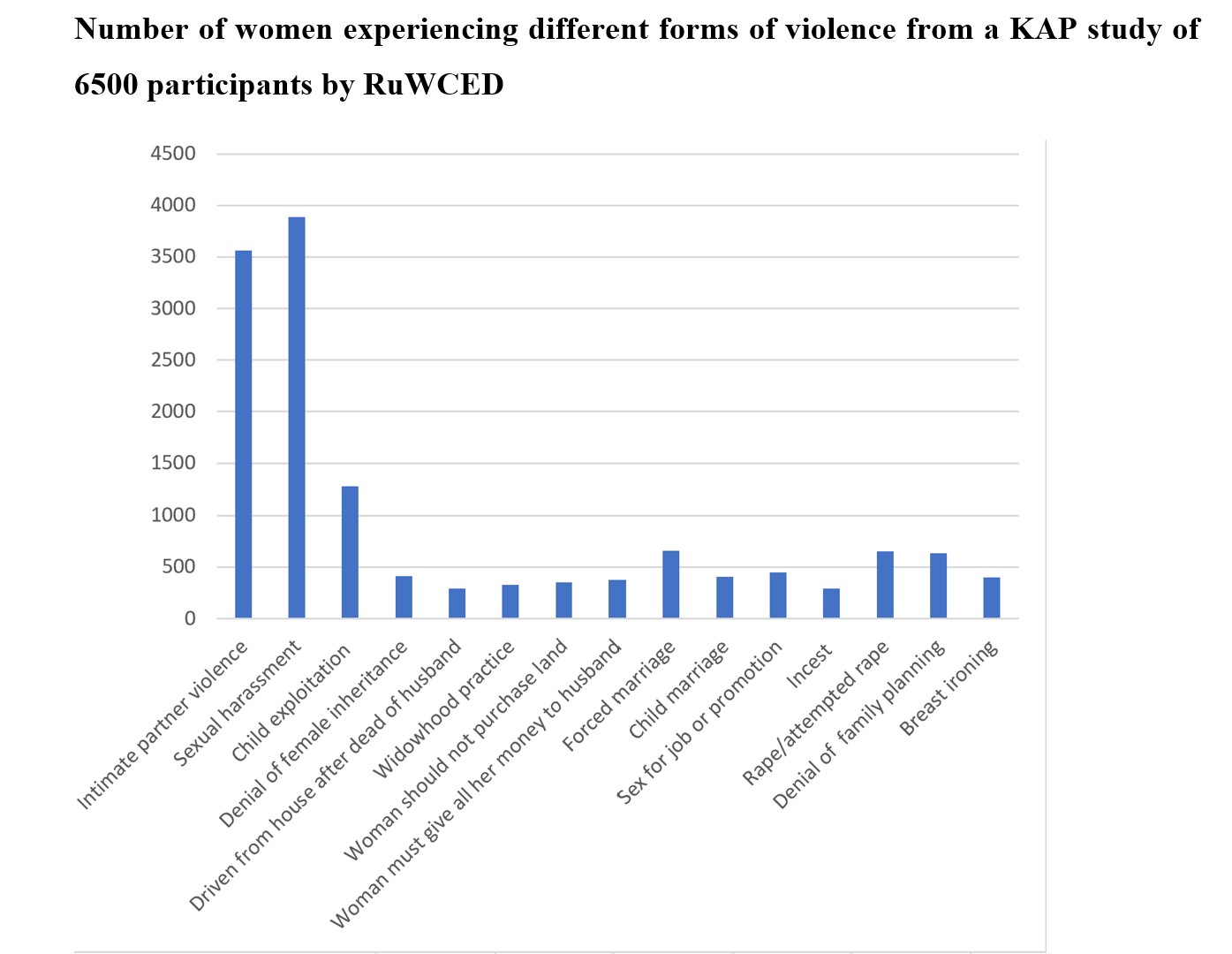 The importance attached to traditions and customs play a determinant role in the respect of women/girls rights in Cameroon. Violence Against Women and Girls (VAWG), Harmful socio-cultural /economic and traditional Practices (HP) remains severe violations of women/girls rights. The major forms of VAWG/HP which tend to occur at the family and community levels include but not limited to sexual violence (rape, incest, sexual assault, sexual harassment), domestic violence, intimate partner/emotional violence, harmful and un-dignifying widowhood rites, breast ironing, Female Genital mutilation, child marriages, physical violence, the community level. The impacts ranges from immediate to long-term multiple physical, sexual and mental consequences for women and girls, including death. This negatively affects women’s general well-being and prevents women from fully participating in society. By extension, VAWG has negative consequences on victims, their families, and the community at large. It has tremendous costs, from greater health care and legal expenses and losses in productivity and overall development. Rural Women Center for Education and Development (RuWCED) works with women and girls at community level to understand the root causes that underpin drivers of major forms of violence, abuse and harmful practices at the household and community level towards co-creating knowledge that informs participatory approaches to robust prevention and response mechanisms. 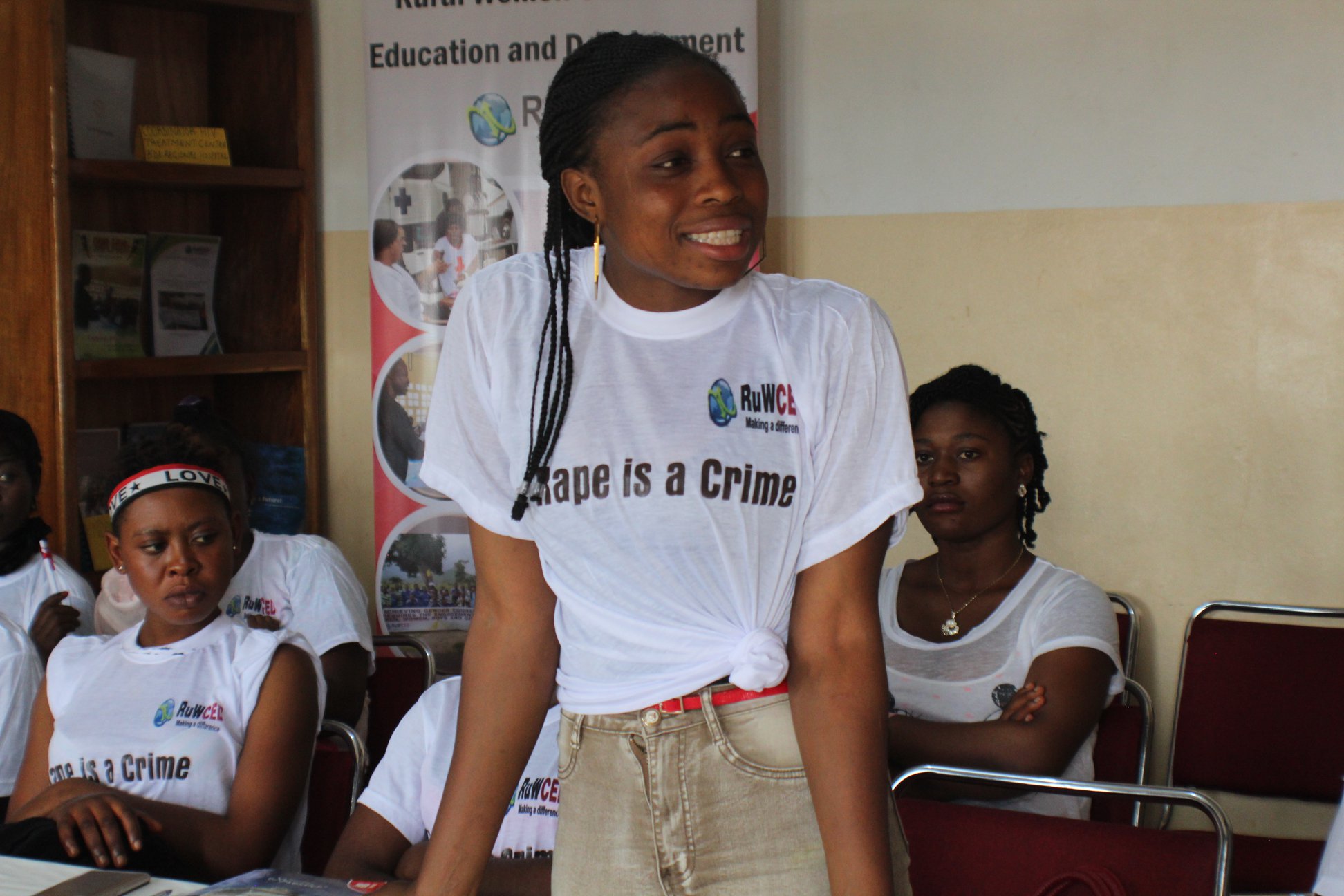 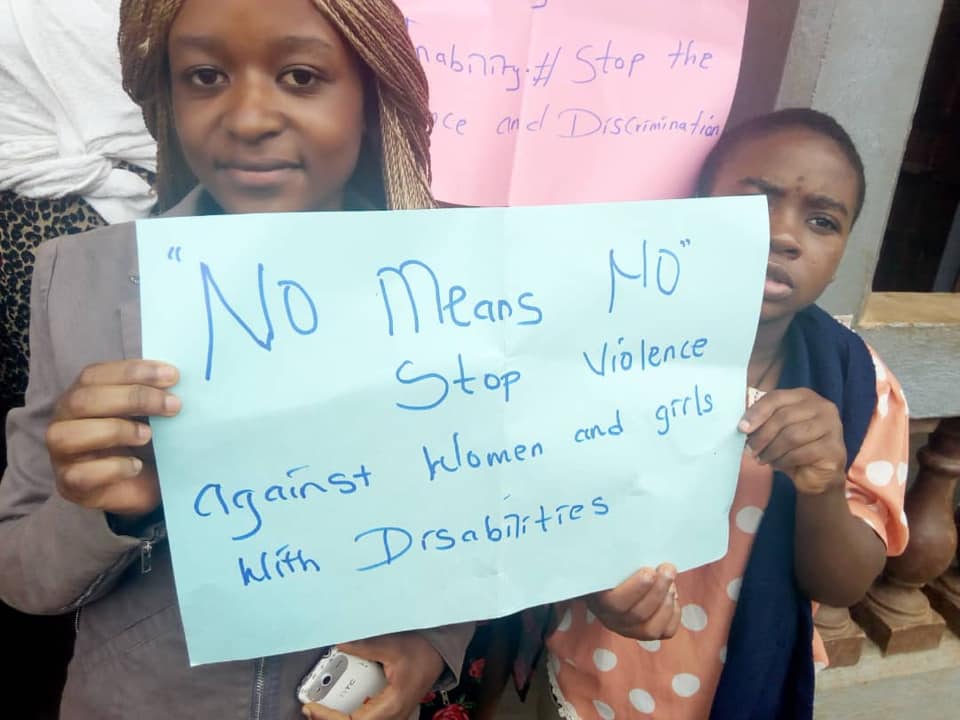 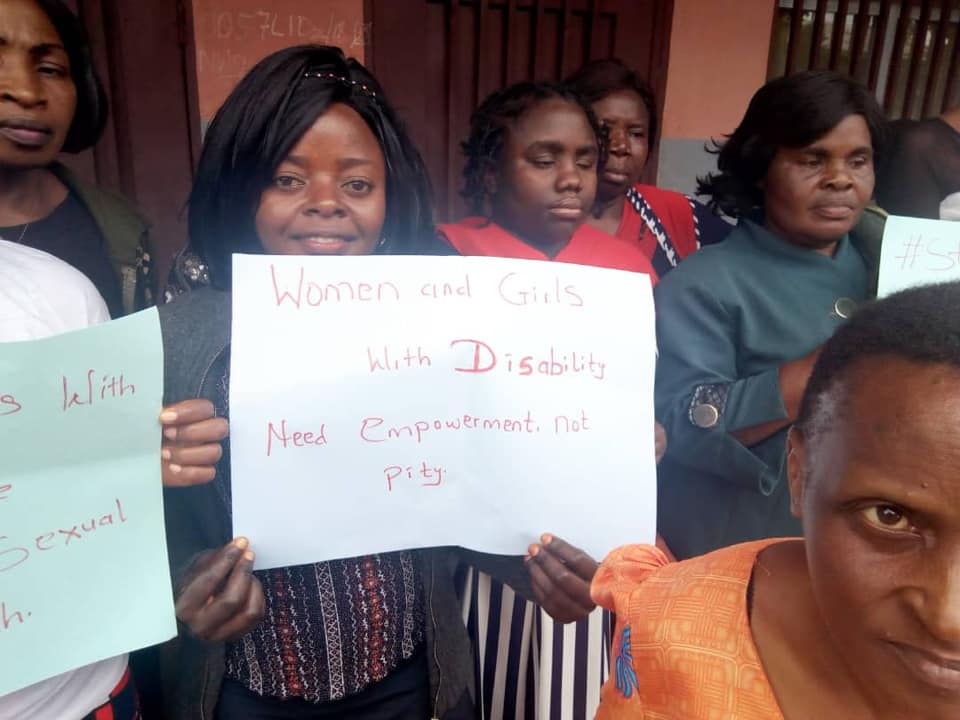 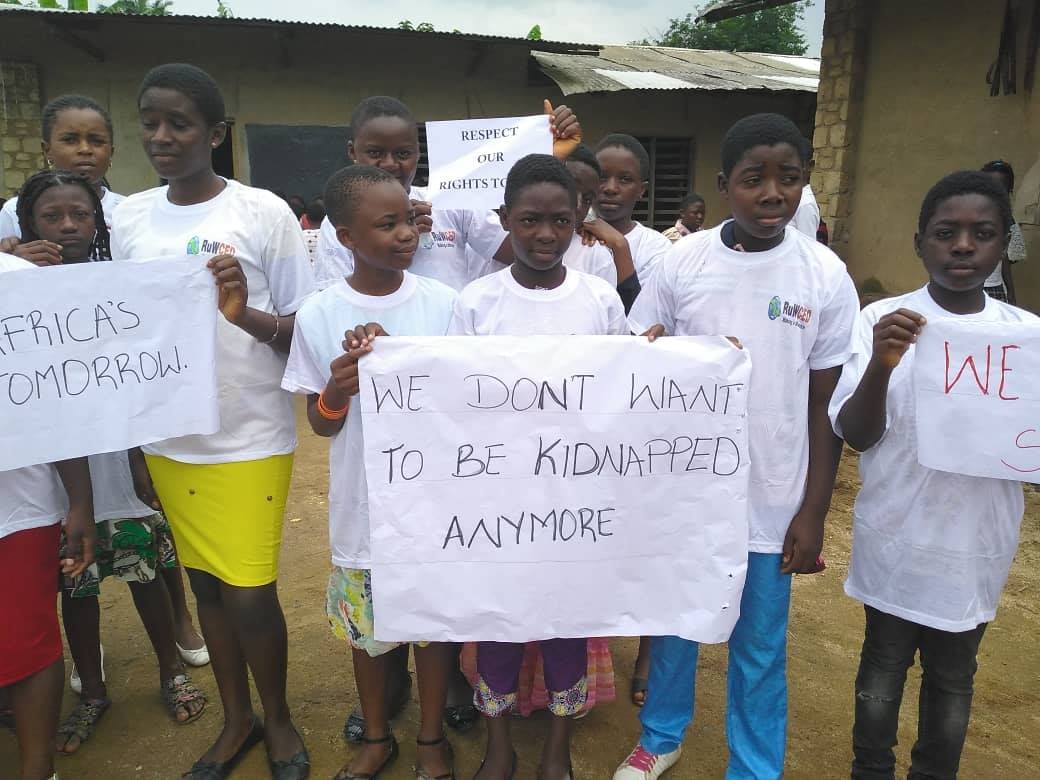 RuWCED works with actors/stakeholders including but not limited to; women rights organizations, CSOs, and youth groups, potential perpetrators, traditional leaders, government departments) to identify intervention strategies to address perceptions, attitudes, and practices in a bit to contribute to the elimination of VAWG/HP in 30 villages in Cameroon. RuWCED always engages survivors, potential perpetrators, men, traditional and religious leaders who are critical in efforts to achieve sustained change considering their role at household and community levels.

RuwCED, together with actors/stakeholders for example work to identify the behaviors and attitudes of survivors experiencing VAWG which impede them from breaking free the cycle of violence so as to better “build their knowledge and agency around their right to bodily integrity, autonomy and freedom from violence” while garnishing public support to end VAWG against rural women and girls using allies in the Media, local administrative authorities, traditional authorities, as well as teachers in schools. More specifically, we; 1) Conduct action research to understand the ways in which rural women and girls respond to VAWG and what challenges they face in getting their voices amplified. (2) Educate rural women and girls on their SRHR rights through innovative methods, support and strenghthen rural women and girls grassroots organizing and movement building initiatives aimed at challenging VAWG,(3) Conduct capacity building of relevant police & public officers on registration, investigation and prosecution rules in relation to various forms of VAWG, increase teacher’s awareness regarding gender stereotyping, sexual violence in adolescents and victim blaming. (4) Strengthen dialogue and networking links between civil society organizations and other relevant local, national, and international stakeholders for the development of a common strategy and monitoring of rural women and girls SRHR violations especially for trafficking, breast ironing and child marriages. 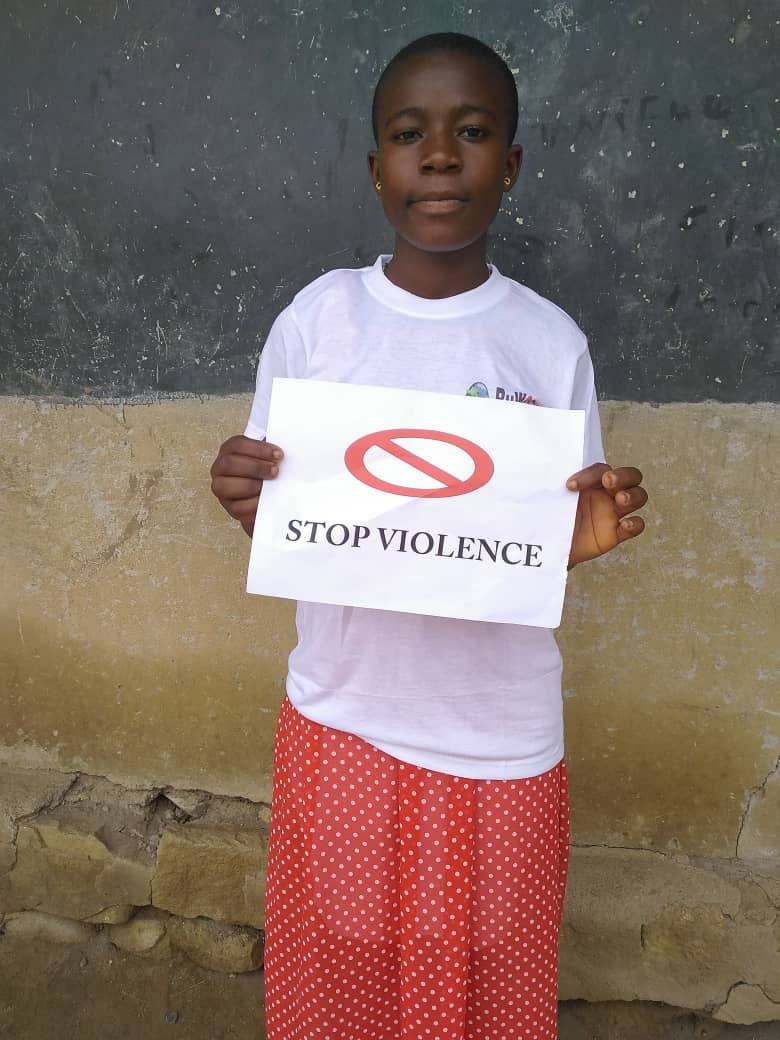 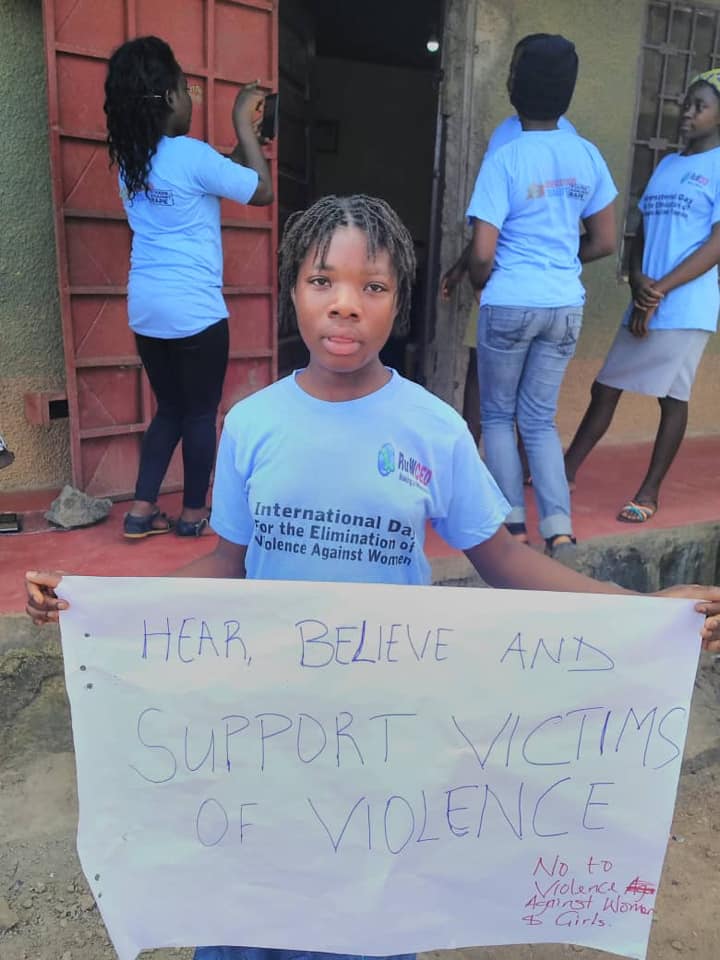